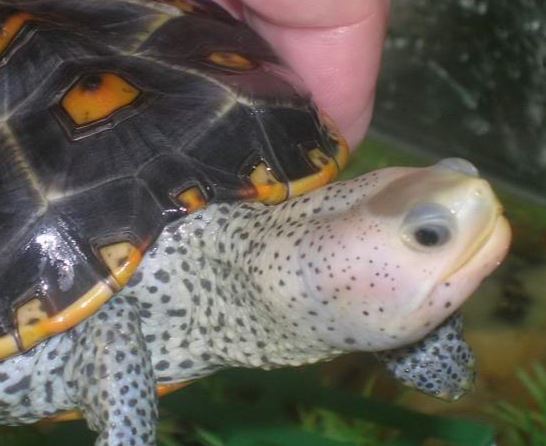 The official opening of the Turtle Center at Upper Tampa Bay park is Friday July 20 at 10 am. If you can make it I would love to see you. Nearly eight years in the making!

Diamondback terrapins are turtles that inhabit estuaries along the east and Gulf coasts of the United States.  They range from Cape Cod, Massachusetts to northern Mexico.  Terrapins were harvested in the late 1800’s through the early 1900’s as a food source with a high demand leading to reductions in their populations across their range.  In the 1930’s, terrapins became less desirable food sources and populations increased in areas with good habitat, but not much is known about populations in certain areas.  What make terrapins so interesting are their markings, which are highly variable and prominent.  Reasons for the variation include genetic diversity and some variations in their patterns could be linked to environmental conditions.

About Friends of County Parks

The Friends of the County Parks, established in 1988, is a group of concerned citizens joining together to promote financial and community support to the Hillsborough County Parks, Recreation, and Conservation Department. They develop public awareness of recreation as an important part of day-to-day life.

Friends of the County Parks meetings are held first Thursday of each month. For more information please call the administrative office at 813-744-5595.