From Careless To Careful

From Careless To Careful Grading Practices That Make a Difference Children today bring home report cards for their parents review about four times during the school year. Parents can attend two to three parent teacher conferences to receive reports on how their children are doing academically and behaviorally. During these conferences teachers at times communicate to parents that their sons or daughters are doing fine, but they need to take their time with their work because they just seem to make careless mistakes. In reality their children are not doing well academically but for some reason teachers feel that poor student performance is a reflection of their teaching ability, not a student's work ethic. There is only one way to measure a student's performance and to determine whether a not they have mastered the material that was taught, and that's by assigning a grade associated with the work that the student completes. Grades like and A. B. C. or 80%, 90%, or 100% are part of reality and children and parents need to be given a clear idea of whether or not the material that was taught was actually mastered with an appropriate grade assigned. So, why are children careless? The biggest reason is that teachers from the first grade on accept work that is sub par, and doesn't communicate the truth to the student or parent that the work submitted is unacceptable. Carelessness just becomes part of life and parents believe their child isn't academically deficient but just makes careless mistakes, doesn't pay attention, is a day dreamer, or just plain old lazy. The truth is the child hasn't mastered the material that was taught. The way for teachers to resolve the problem is to raise their level of expectation and to put in place more stringent grading practices that give a true indication of the student's performance. By doing this students will have a better understanding of their abilities, and when taken seriously will motivate the student to pay attention, and to be more careful with the work that is turned in. Revise Re-do - Retake To start this process any work that that is handed in whether it is homework, class work, tests, or quizzes should never just be handed back to the student with the mistakes noted. The work should be handed back with the mistakes noted and with the understanding that if the student grade was 80% or less the entire assignment must be done again. It may take a few re-do's but once the student gets the idea that certain grades are unacceptable they will be less careless and more careful when they turn in assignments the first time. This not only motivates the student but gives them the opportunity to master material that would otherwise just be handed back to them with a poor grade. Students must revise writing assignments, re-do, careless work, and retake tests if their grade was 80% or less. Poor academic performance is a result of students not having the necessary pre requisite skills to perform at a higher level. The only way to resolve the problem is to go back to the academic areas that were not mastered by the student and make them repeat the areas of deficiency until mastered. To a school district this can be costly and create a great deal of parental and community discord. So, by today's standards that is almost impossible to do. Why not be tougher on students academically the first time around and really get them to master the material that is being taught. Stop using the excuse that the students are careless and start using tougher grading practices that will make students more careful and most of all more responsible for their academic progress.. Helping Students Retain Information 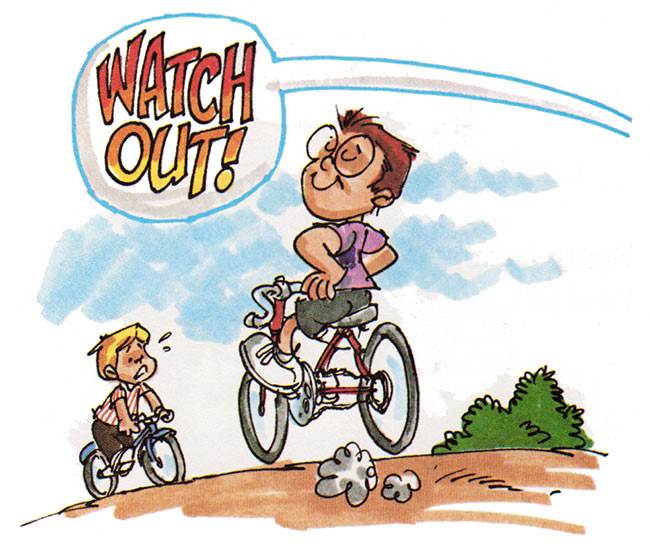 Since 1977 Jim Burns has been working with students who have learning disabilities and behavioral problems.  He has almost 40 years of experience working as an administrator, teacher, college instructor, and seminar leader.  He is committed to helping administrators, parents, and teachers establish standards of excellence and help them build successful relationships with their staff, students, and children.  He has written and designed The Bully Proof Classroom, a graduate course that is now offered at The College of New Jersey, and La Salle University in Pennsylvania in partnership with The Regional Training Center. This course has been endorsed by the NJEA.  He has also written “Anti Bullying 101.” A book that provides teachers, administrators, support staff and parent’s 101 tips on how to achieve permanent help in dealing with unruly behavior and can be used as part of any anti-bullying program. In May of 2015 Jim was awarded the degree of Doctor of Humane Letters by Gratz College in recognition of his almost forty years of work in student behavior management and anti bullying.   He is available for on sight in-services and keynotes.