Why We Need Bees

Bee FactsWhy We Need Bees: Nature’s Tiny Workers Put Food on Our Tables Many people think of bees simply as a summertime nuisance. But these small and hard-working insects actually make it possible for many of your favorite foods to reach your table. From apples to almonds to the pumpkin in our pumpkin pies, we have bees to thank. Now, a condition known as Colony Collapse Disorder is causing bee populations to plummet, which means these foods are also at risk. In the United States alone, more than 25 percent of the managed honey bee population has disappeared since 1990.1 Bees are one of a myriad of other animals, including birds, bats, beetles, and butterflies, called pollinators. Pollinators transfer pollen and seeds from one flower to another, fertilizing the plant so it can grow and produce food. Cross-pollination helps at least 30 percent of the world’s crops and 90 percent of our wild plants to thrive.2 Without bees to spread seeds, many plants—including food crops—would die off. For more information, please contact: Jennifer Sass (202) 289-6868 jsass@nrdc.org Bees Keep Our Economy Humming More than $15 billion a year in U.S. crops are pollinated by bees, including apples, berries, cantaloupes, cucumbers, alfalfa, and almonds. U.S. honey bees also produce about $150 million in honey annually. But fewer bees means the economy takes a hit: The global economic cost of bee decline, including lower crop yields and increased production costs, has been estimated at as high as $5.7 billion per year.3 Keeping bee populations safe is critical for keeping American tables stocked with high-quality produce and our agriculture sector running smoothly. March 2011 www.nrdc.org/policy Every third bite of food you take, thank a bee or other pollinator. adapted from e.o. Wilson, forgotten pollinators, 1996 Bees Are Disappearing Around the World Beekeepers first sounded the alarm about disappearing bees in the United States in 2006. Seemingly healthy bees were simply abandoning their hives en masse, never to return. Researchers are calling the mass disappearance Colony Collapse Disorder, and they estimate that nearly one-third of all honey bee colonies in the United States have vanished. The number of hives in the United States is now at its lowest point in the past 50 years. What’s Causing Colony Collapse Disorder Researchers think this Colony Collapse Disorder may be caused by a number of interwoven factors: n Global warming, which has caused flowers to bloom earlier or later than usual. When pollinators come out of hibernation, the flowers that provide the food they need to start the season have already bloomed. n Pesticide use on farms. Some toxic pesticides meant to kill pests can harm the honey bees needed for pollination. Many pesticides banned by other countries because they harm bees are still available in the United States. n Habitat loss brought about by development, abandoned farms, growing crops without leaving habitat for wildlife, and growing gardens with flowers that are not friendly to pollinators. n Parasites such as harmful mites. Why We Need Bees: Nature’s Tiny Workers Put Food on Our Tables Bee FactsBees do more than make honey—they help produce some of our favorite foods: n Apples, oranges, lemons, and limes n Broccoli n Onions n Blueberries, cherries, and cranberries n Cucumbers (and the pickles made from cucumbers) n Cantaloupes n Carrots n Avocados n Almonds California Industry Needs Bees Every year, California almond growers must import honey bees from other states to pollinate their $2.3-billion-a-year crop, using about half of all the honey bees in the United States. Read more on bees: See “The Vanishing Bee,” a cover story in NRDC’s OnEarth Magazine: http://www.nrdc.org/ onearth/06sum/bees1.asp Bee blogs on NRDC’s Switchboard website, such as the posts by bloggers Josh Mogerman and Melissa Waage: http://switchboard.nrdc.org 1,2,3 Gabriela Chavarria, “Pollinator Conservation,” Renewable Resources Journal, Winter 1999-2000. 4 Hamerschlag, Kari, and Jonathan Kaplan, ”More Integrated Pest Management, Please: How USDA Could Deliver Greater Environmental Benefits from Farm Bill Conservation Programs,” Natural Resources Defense Council, February 2007. Available online at http://www.nrdc. org/health/pesticides/ipm/contents.asp www.nrdc.org/policy Printed on recycled paper How We Can Protect Bees Policy makers must take action to protect the bees and other pollinators that help keep fresh food on our table. This means: n Farmers must be rewarded for practices that help wild bee populations thrive, such as leaving habitat for bees in their surrounding fields, alternating crops so bees have food all year long, and not using harmful pesticides. Assistance should be provided to farmers who plan to support a wider variety of pollinators beyond just bees. n Bee research by the U.S. Department of Agriculture (USDA) and the Environmental Protection Agency (EPA) must be strengthened, and must also be broadened to include research on pollinators besides honey bees. n Integrated Pest Management (IPM) techniques should be used to minimize pesticide use and risk to bees. By promoting beneficial insects to prey on pests, disrupting pest’s habitat and using least-toxic products when necessary, IPM methods can provide effective, cost-effect pest control while reducing risks to pollinators. NRDC research finds that USDA is missing critical opportunities to promote IPM when allocating billions of dollars through Farm Bill conservation programs.4 n City dwellers can also practice IPM where they live, work, and play to protect our health, water quality, and pollinators. See the Green Shield Certified website (www.greenshieldcertified.org) to find out how you can contract for a certified IPM service provider for your home, school, or business. n Trouble in the hive? Help the EPA investigate and document bee kill incidents. Report suspected pesticide problems at: http://npic.orst.edu/ reportprob.html. Or by mail: beekill@epa.gov. Bee hives on a farm in Washington state help pollinate crops © Natural Resources Defense Council March 2011 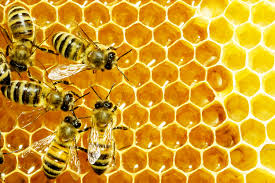 Did You Know That Bees Are Essential In The Production Of Nearly 70% Of Our Crops? Approximately 1/3 of our bee population has been destroyed.  The global economic cost of bee decline, including lower crop yields and increased production costs, has been estimated at as high as $5.7 billion per year. Keeping bee populations safe is critical for keeping American tables stocked with high-quality produce and our agriculture sector running smoothly.

We protect Hillsborough County's natural lands and wildlife through a system of conservation parks and nature preserves, including more than 63,000 acres of environmentally sensitive lands through ELAPP. We also provide unique outdoor recreational activities ranging from picnicking and camping to hiking and kayaking.