The Monk Who Sold His Ferrari 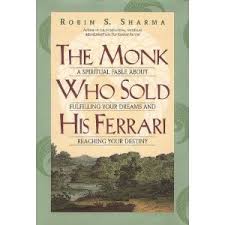 The Monk Who Sold His Ferrari: A Fable About Fulfilling Your Dreams and Reaching Your Destiny by motivational speaker and author Robin Sharma is an inspiring tale that provides a step-by-step approach to living with greater courage, balance, abundance and joy. The Monk Who Sold His Ferrari tells the extraordinary story of Julian Mantle, a lawyer forced to confront the spiritual crisis of his out-of-balance life, and the subsequent wisdom that he gains on a life-changing odyssey that enables him to create a life of passion, purpose and peace.