THE HISTORY OF MOTHER’S DAY On the second Sunday in May it is hoped that children of all ages treat their mothers to something special. It is the one day out of the year when children, young and old, try to show in a tangible way how much they appreciate their mothers. England was one of the first countries to set aside a day to recognize mothers. In the eighteenth century when many people worked as household servants for the rich, "Mothering Sunday" was reserved for them to return home to be with their mothers. This custom stopped when the Industrial Revolution altered the working and living patterns of the people. In the twentieth century one Sunday for Mothers was established as a holiday. In the United States, Mother's Day did not become an official holiday until 1915. Its establishment was due largely to the perseverance and love of one daughter, Anna Jarvis. She was very close to her mother, Mrs Ann Reese Jarvis. Anna’s mother provided strength and support as the family made their home in West Virginia and Philadelphia, where Anna’s father served as a minister. Anna's mother died in May of 1905, when Anna was 41 years of age. Anna was not married and from the time of her mother's death cared for her blind sister. Anna missed her mother very much and felt that children should appreciate their mother's more while they're still alive. Anna was determined to honour her mother and she asked the minister to give a sermon in the memory of her mother. Mrs. Jarvis and all mothers were honoured with a special Mother's Day service. Anna Jarvis began writing to congressmen, asking them to set aside a day to honour mothers. Anna hoped Mother's Day would increase respect and love and also strengthen family bonds. In 1910, the governor of West Virginia proclaimed the second Sunday in May as Mother's Day and a year later every state celebrated it. 1 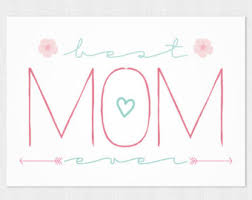