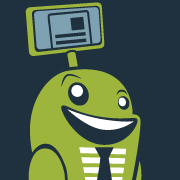 How do customers find you on the web when you’re a small business in a large industry?

Barre Central, a boutique fitness studio, turned to edocr to cut through the online noise and give their search engine optimization a workout. With a few simple steps, they saw an impressive 10 times increase in visibility through online searches and social media engagement.

Read the full case study to learn how Barre Central leveraged edocr for their search engine optimization and how you can do the same for your business.