2018 NODE.JS USER STUDY DETAILED REPORT OF FINDINGS May 2018 Node.js is emerging as a universal development framework for digital transformation with a broad diversity of applications. With nearly 10 million Node.js users, three in four users are planning to increase their use of Node.js in the next 12 months. Node users continue to report positive business impact, including improving developer productivity and satisfaction and lowering cost. 2 Major highlights 1. Node.js is continuing to have a positive impact on users particularly around developer productivity and satisfaction; when asked to describe Node.js, respondents use mostly positive terms like "fast", "easy", "awesome", "powerful", "flexible" and even "fun". 2. The coming year will likely see continued growth for Node.js. Most users expect to increase their usage, particularly in Latin America and EMEA. 3. A differentiated strategy by region may be called for given Node's global presence and the varying needs and approaches by region. Among other things, there are key differences in business profile, deployment locations, language & resource usage, priorities (e.g., around package managers or LTS), educational needs and experiences, all of which may call for different approaches worldwide. 4. It is becoming increasingly important to users to manage different packages for multiple environments but having access to multiple registries is not particularly important outside Latin America. npm is by far the most widely used package manager, but Yarn is gaining in popularity in many segments. 5. Recent improvements around education have registered with users as evidenced by improved scores for ease of learning Node.js, and for the availability and quality of resources. But more could be done, particularly in meeting the needs of some segments (APAC, EMEA and new users) and in some topic areas (Managing Node.js in Production and Node.js and Security). 3 EXECUTIVE SUMMARY EMEA 44% US / Canada 32% Latin / South America 7% APAC 18% SOURCE: Q4, Q7 4 International presence BUSINESS / PERSONAL PROFILE 46% 6% 6% 5% 4% 1% English Spanish German French Portuguese Mandarin . . . 26% 10% 6% 6% 5% 4% 1% Collectively, respondents span 100+ countries and speak at least 60 languages Fewer than half consider English their primary language PRIMARY LANGUAGE SPOKEN top mentions WHERE RESIDE top mentions Professional profile BUSINESS / PERSONAL PROFILE Typical respondent is a developer in a small ( 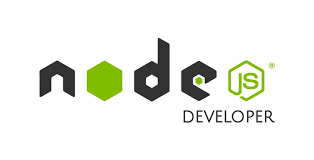